How to Become a Storyboard Artist

Home / Uncategorized / How to Become a Storyboard Artist

Bullets ricocheting, fists flying and henchmen swooping in from every angle, your favourite action movie’s climactic scene comes together like an R-rated Swan Lake. Each movement is carefully calculated, the choreography mapped out to the second. And who’s behind it? The storyboard artist.

A storyboard artist gets to work early on in the production process: after reading the screenplay and discussing the overall mood with the director, he’ll create a comic book style series of illustrations. The objective is to build a play-by-play visualisation of the script, from the camera’s point of view. The storyboard helps to establish who or what features in each shot, and what camera angles are to be used, as well as building a foundation for the atmosphere of each scene. 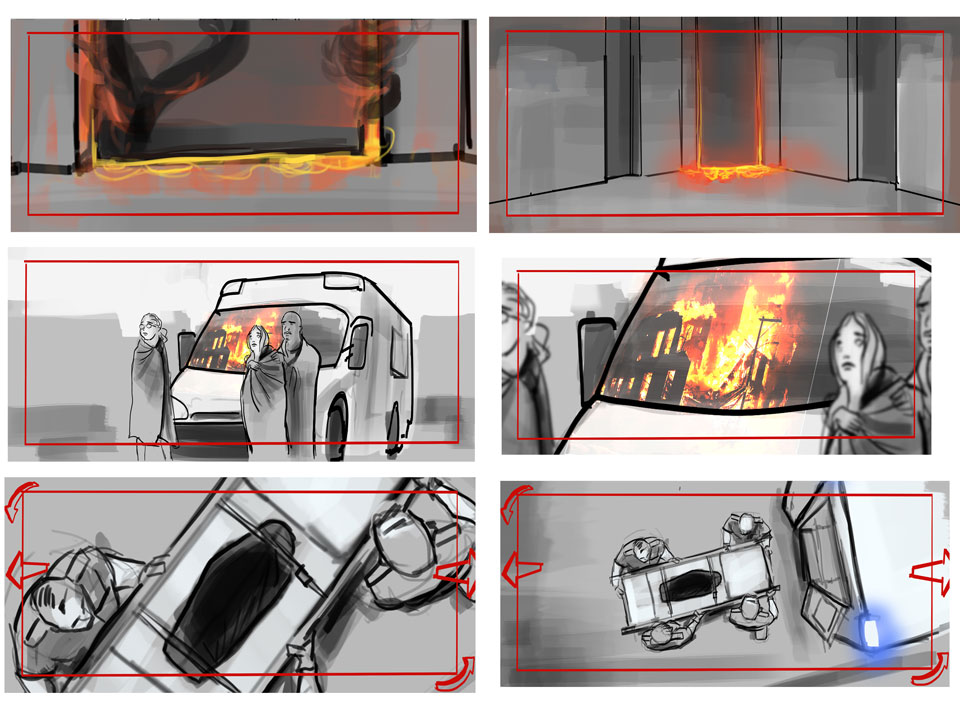 It’s a hugely important tool in communicating ideas: a storyboard creates a dialogue between the directors, script writers, producers, animators and prop makers. This visualisation helps to develop a cohesive and compelling story, streamlining the production process and avoiding mistakes and oversights.

If storyboard art sounds like something you could see yourself doing, hear how to get into the industry from someone who lives and breathes it…

Kieron Edwards is a Leicester-based illustrator who specialises in storyboarding and concept art. He has been a collaborator within the Seed family since the days of From Dusk 2 Dawn magazine, the precursor to Seed in its current form. His distinctive style comes from influences including animé and ‘80s action films.

Seed Creative Director, Jon Prest, sat down with Kieron to chat about his work; his journey in the creative industry, and his advice to aspiring storyboard artists. Watch the interview and get inspired!

To see more of Kieron’s work, visit his website.